In 2011, the New York City Department of Transportation (DOT) awarded the contract to design New York’s first official, digital base map and integrated wayfinding system to design consortium, PentaCityGroup (PCG). The primary goal was to fulfil the aims of Mayor Bloomberg’s PlanNYC, to make the city more legible and economically accessible to locals and visitors, to keep New York competitive among other global cities. The first phase would take less than a year, from kickoff in 2012 to first installation in spring 2013.

At first, we developed the digital cartographic content first for deployment across a range of integrated, static and dynamic wayfinding products, for pedestrians (Walk NYC) and bikers (Citibike bike share), and in later phases, PCG extended it for mass transit passengers (Select Bus) and for other information products and specific locations.

For the project’s definitive discovery and design phases, the role of Special Advisor was focused on primary research and developing standards:
– Leading field work on city streets to validate the design concept at the outset, to test map orientation and to gather the public’s mental maps of the city, their sense of the city’s identity to develop an overall look and feel for the project; then again several months later, to test completed, location-specific 1:1 prototypes with 100+ on-street respondents
and
– Developing content governance – defining which details do and don’t appear on the base map and/or on any product cut from the base.

The first pedestrian wayfinding signs were installed in Chinatown, Manhattan and in Prospect Heights/Crown Heights, Brooklyn, with more following in and around Times Square and midtown. With the addition of green bike lanes, the base map was adapted for use on the bike share docking station kiosks, and subsequently, for the DOT’s official foldout bike map.

Since Turnstone’s 2012 strategic work with PCG, they have gone on to apply the basemap along express bus routes in Manhattan, Brooklyn and the Bronx (on dynamic signs displaying real-time bus information) for DOT, on subway station street finders for New York City Transit and to guides for Prospect Park too.

Since 2013, NYC&Co has adopted the base map for the official foldout print map for tourists. Taxis are the only mode of NYC mass transit that don’t (yet) feature this integral piece of New York information design.

The project has won numerous prestigious awards from notable professional organizations, including a D&AD Pencil, International Institute of Information Design (Gold) Society of Environmental Graphic Design (Silver), IDEA Award from the Industrial Design Society of America (IDEA Silver), Fast Company and others. It was also featured in the Creative Review Annual. 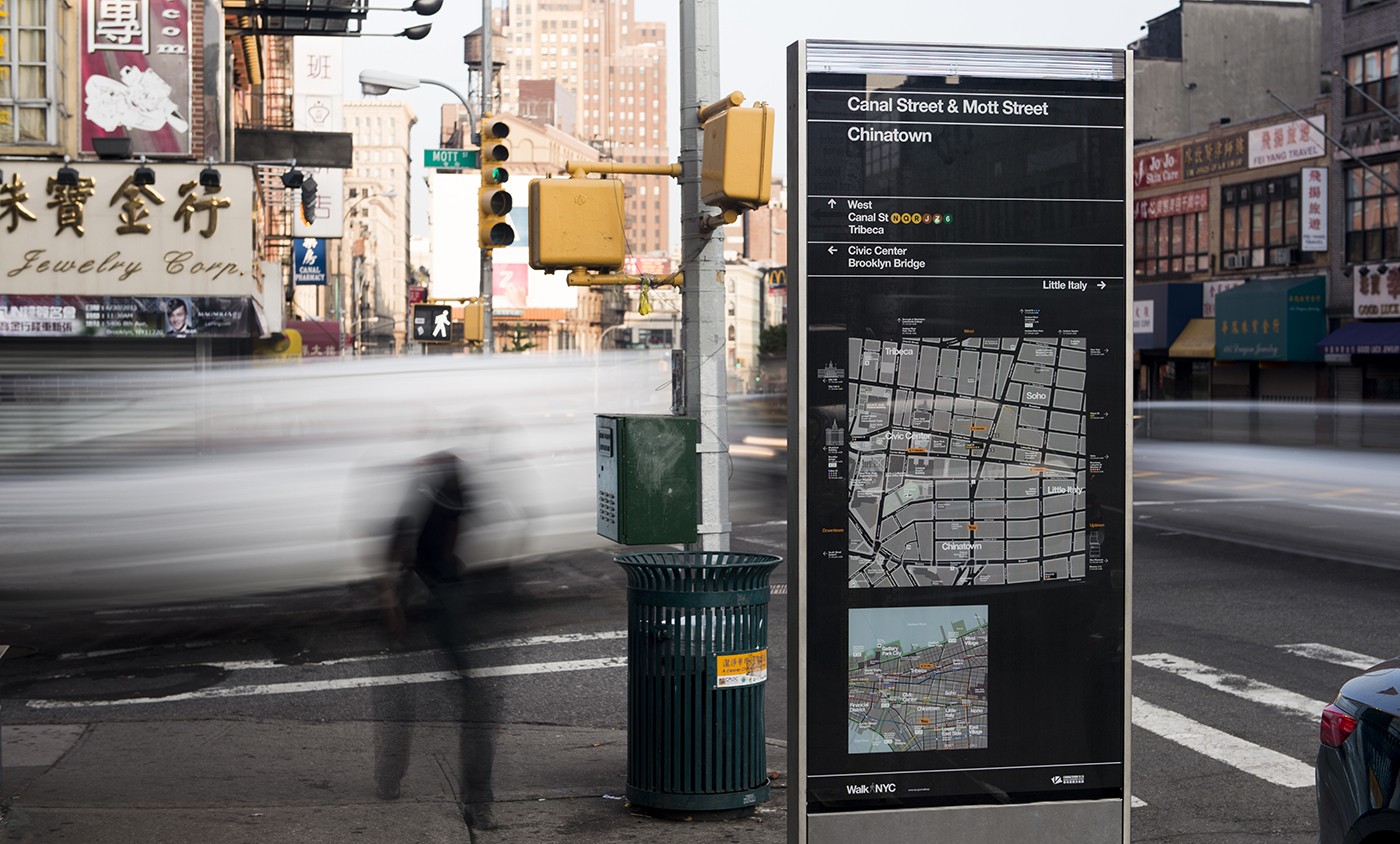 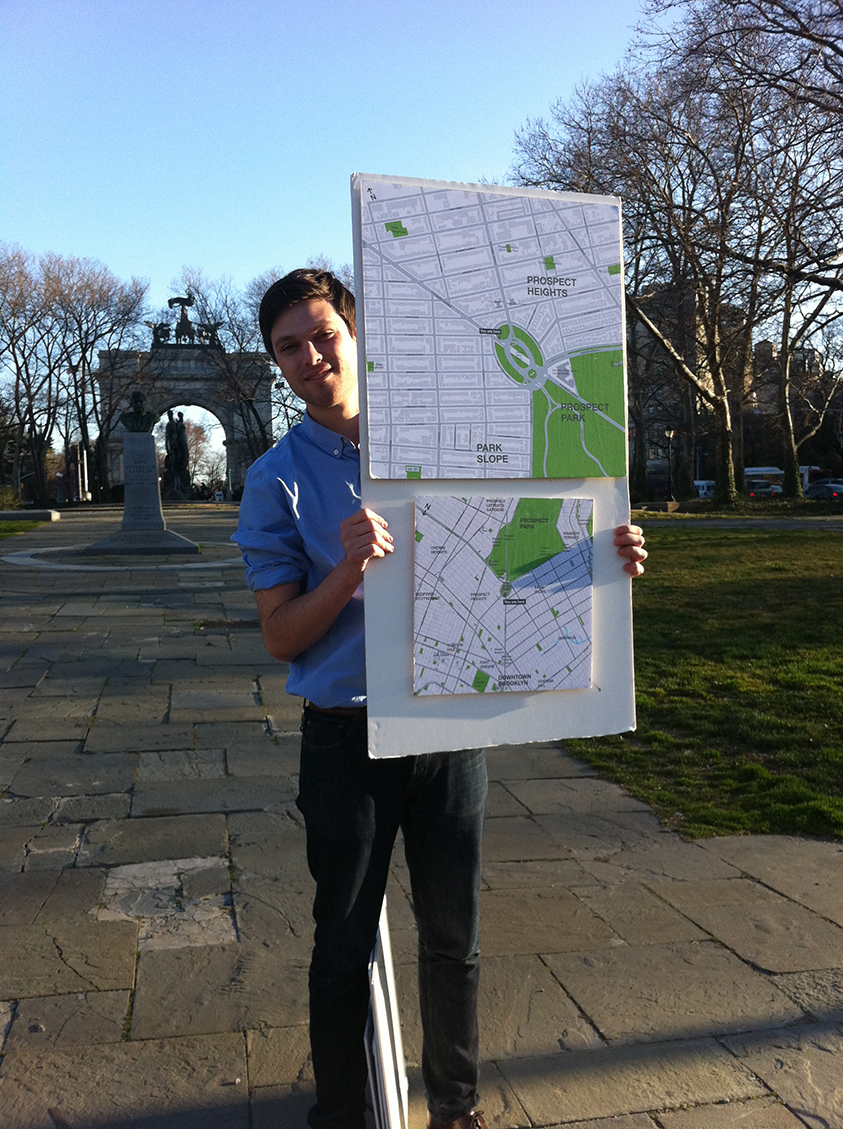 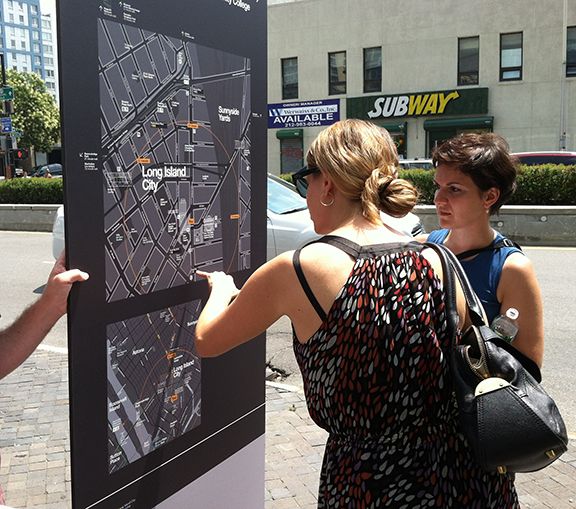 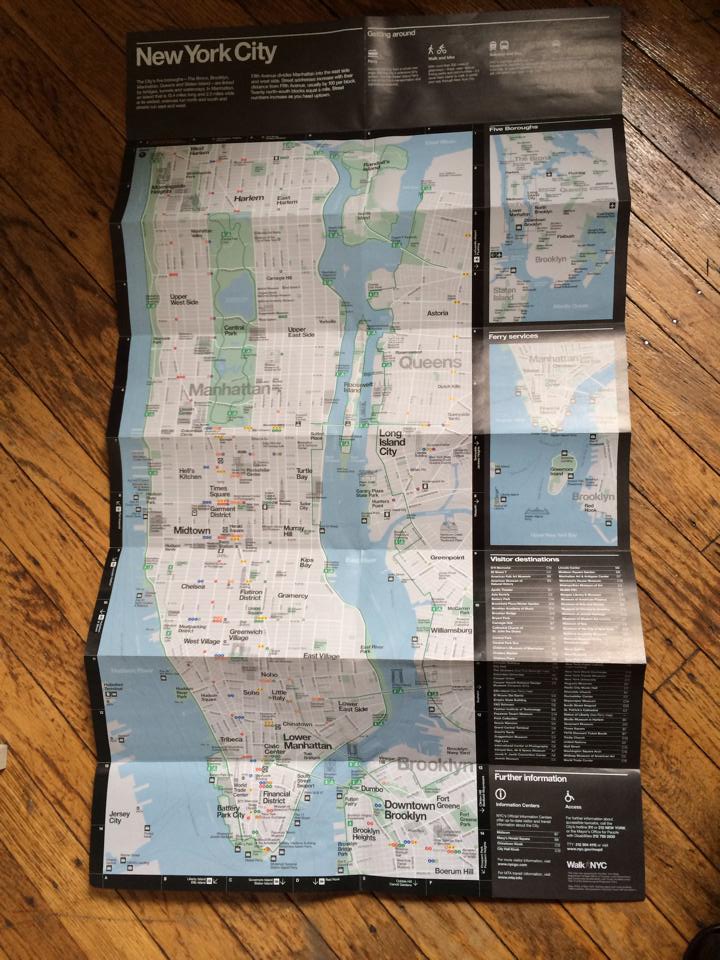 An early review of PentaCityGroup’s pedestrian wayfinding signage system for the Department of Transportation: “WalkNYC’s maps show you where you… 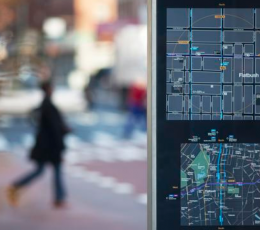 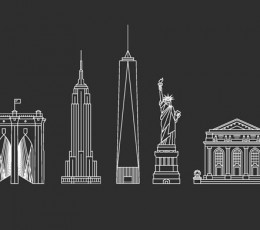 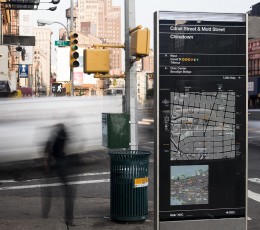