In this workshop for and with the Metropolitan Transportation Authority, SVA’s interaction design graduate students explored and visualized real subway data while NYC transit executives grasped the fundamentals of a user experience-centric approach to data and organizational change.

In early 2014, Turnstone’s Rachel Abrams facilitated a ‘big data’ visualization workshop at the School of Visual Arts Interaction Design (IXD) program, for and with the Metropolitan Transportation Authority (MTA).

Over four weeks, the MTA team and 13 first and second year grads waded into the depths of real New York City subway transit data, to make sense of the informational ‘exhaust’ of the world famous transit system.

Together, following a lightning-fast introduction to the agency’s objectives, key themes in data visualization, prototyping and transit planning, with master classes from Jen Kilian of Facebook and Eddie Opara of Pentagram, the students produced five data-driven, macro- and micro- stories about the life of the city’s infra- and info-structure.

The info-structure of infrastructure

As this comprehensive summary of the workshop captures, projects covered five related topics, drawn from the informational exhaust that NYC subway trains spew every minute of every day. Students:

Recommendations for the MTA

With and for the MTA, we also made some key recommendations for their benefit, moving forward, including:

The public sector has a long way to go before it embraces strategic user experience (UX) design, a people-centered experiential view of the complex systems it runs.

That approach is going to help them cut through the silos that are firmly entrenched in daily operations and maintenance of hard infrastructure. It would reveal and allow them to apply insight about the system and communicate that knowledge internally and to the riding public more effectively. It would save the authority money in the long term.

The President of the MTA and the US Secretary of Transportation, Anthony Foxx, learned of and praised the students’ work and the actionable agenda for MTA best practice. 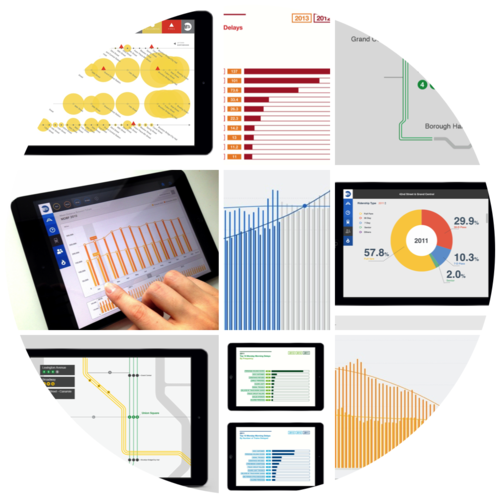 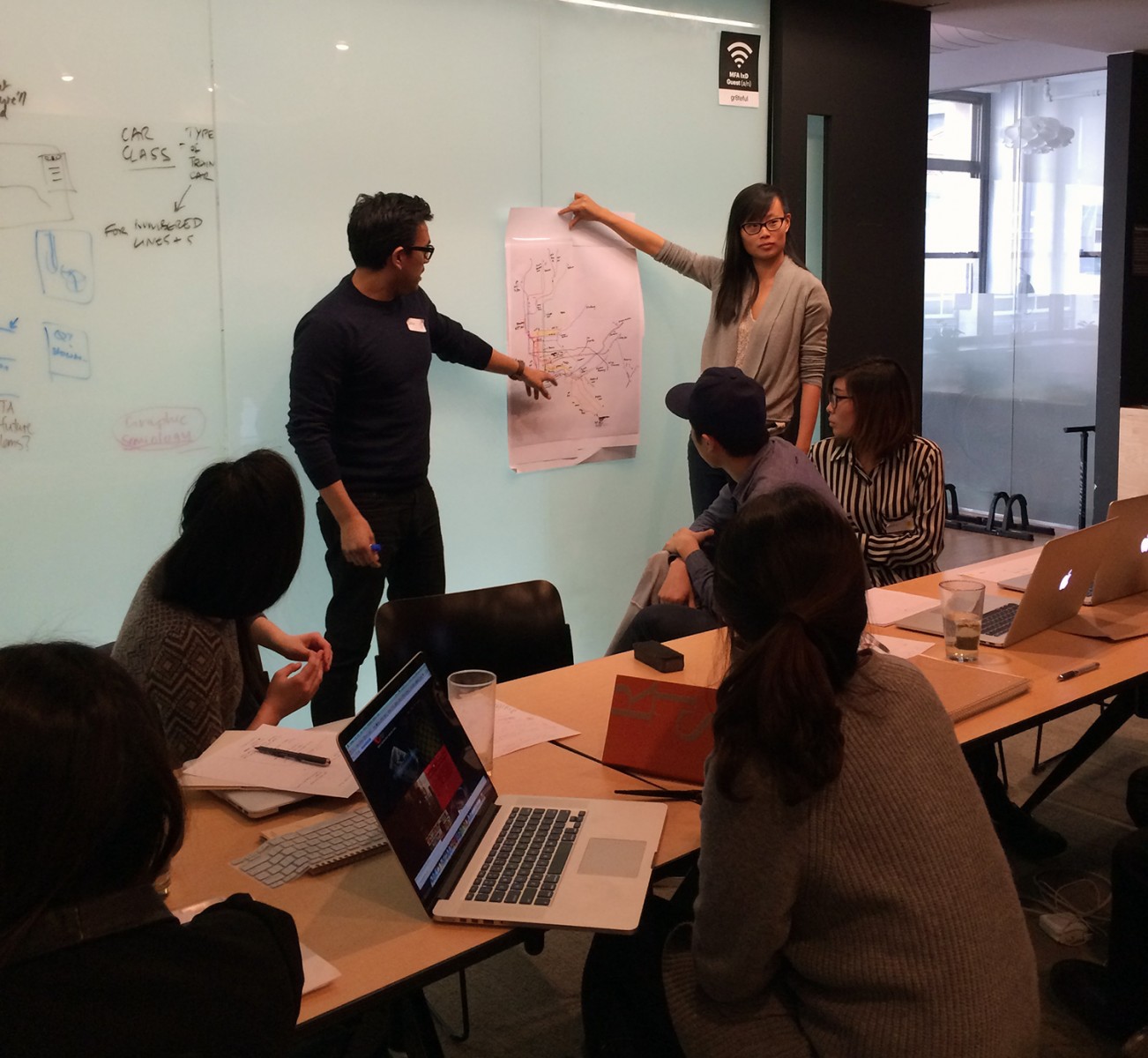 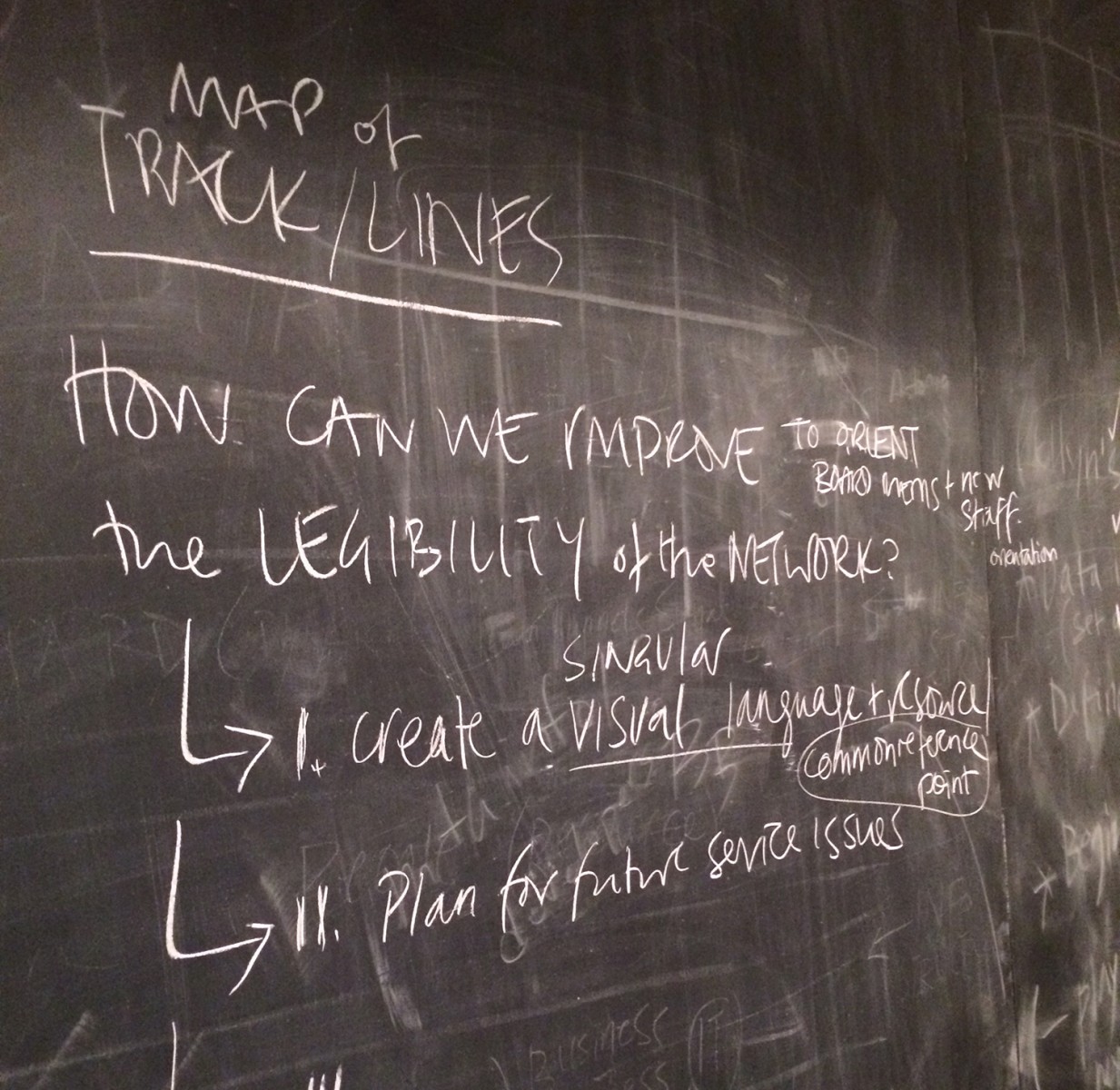 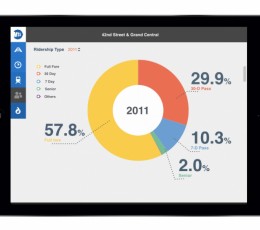