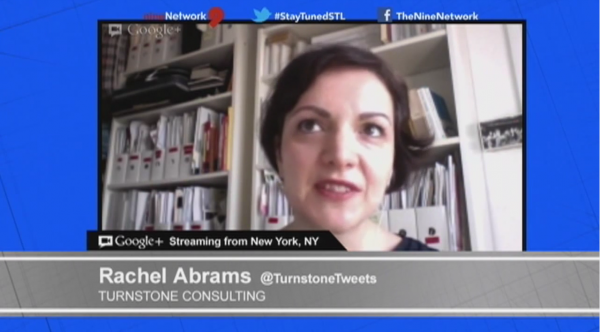 TV interview with PBS St. Louis’ Stay Tuned, Episode 117 on that city’s Arch Grounds Vote, focusing on the value and democratic function of public space in America’s secondary cities. The Turnstone segment runs from 15’33” – 23’32”. Interesting to revisit this conversation from Spring 2013 and an interview about mass transit that followed, on the same show from November 2013, given all that has happened in Ferguson, St. Louis, since this first aired.